The anime studio Khara confirmed that Evangelion Shin Gekijō-ban Q Quickening, the third film in Hideaki Anno and Khara’s four-part remake of Gainax’s Neon Genesis Evangelion anime series, will open in Japan in Fall of 2012. The announcement was made during a new preview of the film that aired after the television premiere of the second film. 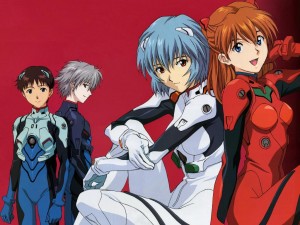 The title of the third film was first revealed with a teaser that ran at the end of the second film’s theatrical release. The “Q” or “Kyū” in the third film’s title is a wordplay in Japanese; the first three films’ subtitles are the names for the three classical movements (Jo-Ha-Kyū or Introduction-Exposition-Climax) of traditional Japanese music such as gagaku and Noh.