The American/Dominican Republic production company Indomina announced  that it will produce the live-action film adaptation of the Afro Samurai manga and anime series. 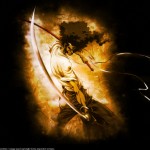 Indomina Chairman and CEO Jasbinder Singh Mann, actor Samuel L. Jackson, and Gonzo Studios’ Shin Ishikawa are producing, and Eli Selden of Anonymous Content is executive-producing.The film will be shot next year in the Domincan Republic at Pinewood Indomina Studios. 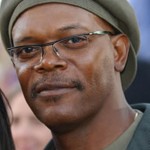