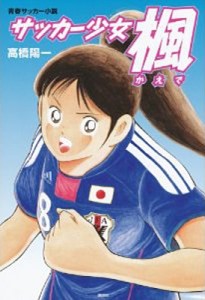 Takahashi drew inspiration for Soccer Shōjo Kaede from the national women’s soccer team Nadeshiko Japan, the 2011 FIFA Women’s World Cup champions. Nadeshiko midfielder Homare Sawa served as the model for Kaede, and midfielder Aya Miyama and forward Yūki Nagasato served as models for other characters in the work.Takahashi stated that the character Kaede was originally intended as just an ōen character (mascot support character) for the team. However, after the team’s victory in the World Cup, the character was quickly developed into a full-blown novel. Takahashi also said he thinks the story’s popularity will continue to grow.