The anime production company Aniplex of America announced on Tuesday that it will stream the Fate/Zero television anime series, subtitled in eight languages, worldwide via the Niconico Live and Niconico Channel services. The free streaming will begin on October 1 at 8:30 a.m. PDT, and each episode will be online for one week only. The subtitles will be in Korean, Chinese (Traditional and Simplified), English, French, German, Italian, and Spanish. 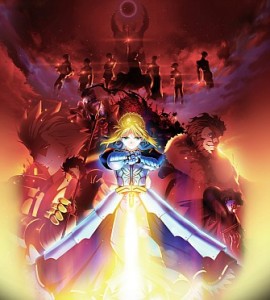 The anime adapts the prequel novel by Gen Urobuchi (Puella Magi Madoka Magica, Phantom – The Animation, Blassreiter) to Type-Moon’s Fate/stay night visual novel software. The story is set a decade before Fate/stay night and reveals the 4th Holy Grail War that sets the stage for the war in the software.