Shueisha is making a first printing of one million copies for the seventh volume of Kazue Kato’s Blue Exorcist manga. It is the first manga from Jump Square magazine to reach this milestone. Since the television anime version premiered this past April, the print runs for this manga’s first printings have grown more than seven times larger. 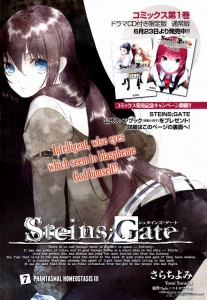 Shortly after the anime was announced, the fifth manga volume shipped with a first printing of 140,000 copies last December. Just before the anime premiered on April 17, the sixth manga volume shipped with a 260,000-copy first printing. Due to bookstores reporting that they were selling out of earlier volumes, Shueisha decided to dramatically increase the print run for the seventh volume.