Media artist Kazuhiko Hachiya warned on Monday that if Japan joins the Trans-Pacific Partnership Agreement (TPP), the resulting changes in the Copyright Law of Japan would affect cosplay, among other derivative works (works based on other works). Hachiya spoke at a Nico Nico Live seminar on “How Would TPP Change the Net and Copyrights? An In-Depth Examination: From Extending Copyright Terms to Changing the Law to Allow Unilateral Enforcement and Statutory Damages.” 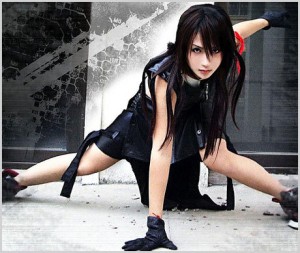 The Office of the United States Trade Representative describes the TPP as “an Asia-Pacific regional trade agreement currently being negotiated among the United States and eight other partners” (Australia, Brunei, Chile, Malaysia, New Zealand, Peru, Singapore, and Vietnam). The agreement aims to make copyright laws uniform across all the signatory countries. Japanese Prime Minister Yoshihiko Noda will be attending the Asia-Pacific Economic Cooperation summit in Hawaii this weekend, and he is expected to announced on Thursday whether Japan will join the TPP talks. Hachiya’s comments came after Kensaku Fukui, a lawyer and a Nihon University professor, wrote an essay on TPP’s potential effects last month. Under the current law, the police and prosecutors cannot act against copyright infringement unless the copyright holders themselves file a formal complaint. Fukui asserted that under TPP, such violations will no longer require a complaint for prosecution. The proposed changes under TPP would also allow statutory damages to be levied against defendants. At the Monday seminar (during which Fukui also spoke), Hachiya said that he fears that the police would be given the discretion on what to prosecute, particularly on “erotic” material. He further asserted that even cosplay outfits can been prosecuted if the police decides that they are not allowed. Critics of the TPP assert that the part of Japanese culture developed through parody, dōjinshi works, and similar derivative works would be harmed. Negima and Love Hina manga creator Akamatsu further argued that the changes “would destroy derivative dōjinshi.” He added, “And as a result, the power of the entire manga industry would also diminish.”