Crunchyroll To Stream The Idolm@ster Anime

The media site Crunchyroll announced on Wednesday that it will begin streaming The IDOLM@STER television anime series in North and South America starting on Saturday, July 30 at 12:30 p.m. EDT to both premium and free users. 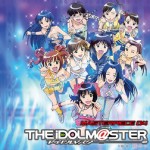