The North American anime distributor Funimation announced at its New York Comic Con panel on Friday that it licensed the Fafner television anime series and film and Oblivion Island: Haruka and the Magic Mirror. 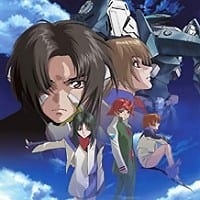 Originally adapted from the light novel by Tow Ubukata (Mardock Scramble, (Le Chevalier d’Eon), Fafner is a 26-episode, mecha animated series by XEBEC that first debuted in Japan in 2004. The story is set in a world where the majority of Earth is laid to ruin by an alien race known as the Festum; however an isolated Japanese island community of Tatsumiyajim is oblivious to the fact. Eventually, the whereabouts of Tatsumiyajim is discovered by the Festum and the inhabitants of the island must stave off invasion using powerful mechs known as “Fafners.”

The anime was originally licensed by the now-defunct anime distribution company Geneon in 2005. A manga release followed with story and art done by Mikami Akitsu. The movie, Sōkyū no Fafner: Dead Aggressor: Heaven and Earth debuted in Japanese movie theaters in Dec. 2010. Its story takes place two years after the conclusion of the TV series.

Oblivion Island: Haruka and the Magic Mirror is an original Japanese movie that debuted in theaters September 2009. The story follows the fantasy adventure of 16-year-old Haruka and her quest to find her lost hand mirror given to her by her late mother. Directed by Shinsuke Sato (Gantz live action films), the film was nominated for the award for Excellent Animation of the Year at the 33rd Japan Academy Prize. The film was animated completely in 3D, using computer generated graphics.