The email newsletter for Kodansha’s Comic Plus members revealed on Wednesday that a film adaptation of Hiro Mashima’s Fairy Tail manga will open next August. More details will be provided in future postings of the newsletter. 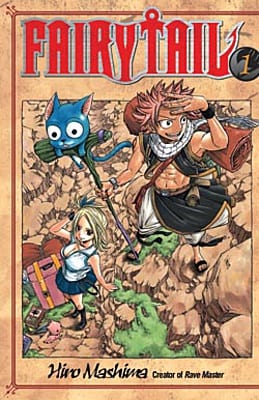 More Information:
The manga and the ongoing television anime follow the adventures of world’s most notorious mage guild, Fairy Tail. In addition to the television series, three original anime DVDs have been bundled or will be bundled with the manga. Del Rey published the 12th volume of the original manga in North America last September, and Kodansha resumed publishing the manga in English with the 13th volume this past February. Crunchyroll streams the television anime into several countries as it airs in Japan, and Funimation will release the first DVD/Blu-ray set in November.