The North American anime distributor Funimation announced at its Comic-Con International panel on Thursday that it will release the Dragon Ball Z television anime series for the first time on Blu-ray Disc starting this November. 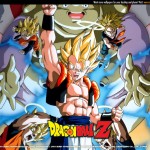 The first set, Dragon Ball Z Level 1.1, will have 17 episodes and will ship on November 8.