A recent Hollywood Channel article noted that Studio Ghibli has been choosing more live-action actors, performers, and singers for leading voice roles instead of professional voice actors since the 1980s. 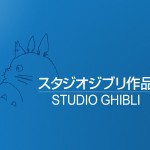 In the studio’s first films such as Nausicaä of the Valley of the Wind, Castle in the Sky, and My Neighbor Totoro, professional voice actors and actresses were mainstays of the voice casts. However, during the 1980s to early 1990s, Japanese celebrities began appearing in Studio Ghibli films in supporting roles.