The Science Fiction & Fantasy Writers of Japan (SFWJ) announced that the Puella Magi Madoka Magica anime series is one of five nominees for the 32nd Nihon SF Taishō Award on Monday. With this award, SFWJ honors the best in the fields of science fiction and fantasy during the past year. 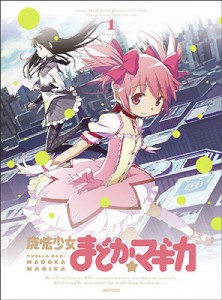 The Nihon SF Taishō Awards are the rough Japanese equivalent of Science Fiction and Fantasy Writers of America’s Nebula Awards. Most of this year’s nominees and previous years’ winners of the Nihon SF Taishō Awards have been novels and short stories, but SFWJ notes that criticism, manga, illustrations, film, television, video, music, and other media are eligible. This year’s other four nominees are:

Karyu no miya (The Ocean Chronicles) by Sayuri Ueda