The entertainment news website Deadline reported on Thursday that Sean Jablonski has replaced Steven Lightfoot as the showrunner of the live-action television adaptation of the Noir anime. (The showrunner, as the Writers Guild of America puts it, is “in charge of pre-production, production, and post-production. In other words, everything.”) Lightfoot was the showrunner for the first season of USA Network’s Suits series, and he started writing on the FX series Nip/Tuck before becoming the executive producer for that show also. 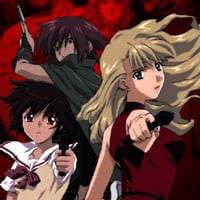 Lightfoot (Criminal Justice, House of Saddam), who had written the script for the live-action Noir project that got it green-lit, is no longer with the project.Starz CEO Chris Albrecht confirmed in August that the live-action Noir series will premiere on his company’s television network next summer. That same month, the actors resource website Showfax Inc. posted a character sheet for the project. Executive producers Sam Raimi (Spider-Man, The Evil Dead, Spartacus: Blood and Sand, Xena, Priest, Legend of the Seeker), Bob Tapert (The Evil Dead, Spartacus: Blood and Sand, Xena, Legend of the Seeker), Joshua Donen, and Bill Hamm remain with the project.