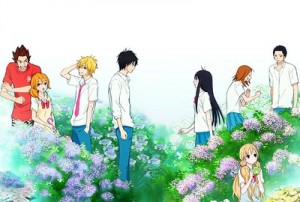 NIS America also announced on Tuesday that its Kimi ni Todoke -From Me to You- Volume 1 Premium Edition for the first anime season will now be a Blu-ray/DVD combo package slated for next January. NIS America had announced in July that the title would be a DVD-only release in October. The second half of the first season is also planned for next year, before the release of Kimi ni Todoke 2nd Season.