Redline Film to Screen in Los Angeles in December

The Downtown Independent movie theater in Los Angeles will screen Takeshi Koike and MADHOUSE’s anime film Redline from December 2 through December 8. Tickets for the screenings are available for pre-order now. 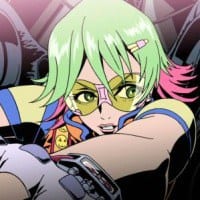 The film recounts the biggest and most deadly racing tournament in the universe. JP, a daredevil driver, gets voted into the race, but government opposition to the race could put his life at even greater risk. The racer must put everything on the line and keep his enemies at bay in order to survive the final race.

Koike previously directed The Animatrix’s “World Record,” and the Studio MADHOUSE animated such works as Paprika, The Girl Who Leapt Through Time, and Summer Wars. Manga Entertainment plans to release the film on Blu-ray Disc and DVD in the United Kingdom on November 14. The North American release will follow on January 17.