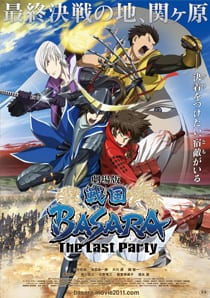 The first pressing of the Blu-ray release will also include a making-of DVD, an audio bonus “Variety Party CD,” a booklet, a box illustrated by character designer Tooru Ookubo, and a reduced-size edition of the post-recording dialogue script.The film based on CAPCOM’s videogame franchise and television anime series opened in Japan on June 4. Funimation streamed both seasons of the television series, and it also released the complete first season on Blu-ray Disc and DVD last October.