The anime distributor Funimation and the video-streaming service Niconico announced at New York Comic Con on Friday that they will stream the following anime titles as they air in Japan: 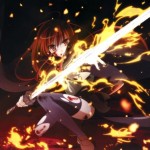 Like the two previous Shakugan no Shana television series, Shakugan no Shana III (Final) adapts Yashichiro Takahashi’s light novels which just ended with the 22nd volume last month. The title character Shana and Kazumi wait for Yuji only to discover that he has disappeared without a trace. As everyone searches for answers as to Yuji’s whereabouts, he reappears in front of them as the leader of Bal Masqué. Now Shana must confront her most unlikely adversary on the battlefield. The anime already premiered in Japan on October 7. 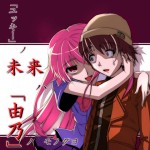 The Future Diary anime adapts Sakae Esuno’s suspense action manga, which already inspired a “pilot” anime that came bundled with the 11th manga volume last December. The story follows Yuki, a loner who avoids people and prefers to write a diary on his cell phone and talk to his imaginary friend, Deus Ex Machina – The God of Time and Space. However, Yuki soon learns that Deus is more than a figment of his imagination when he makes Yuki participate in a battle royale with eleven others. The contestants are given special diaries that can predict the future, each diary possessing unique features that give it both advantages and disadvantages. Within the next 90 days, the contestants must try to survive until there is only one left standing. The winner will become the new God of Time and Space.
Tokyopop licensed the manga in North America and released 10 volumes before it shut down its North American publishing operations. The manga can currently be read on the JManga website. The 12th and final volume of the manga shipped in Japan in April, and the television anime premiered on October 9. 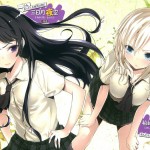 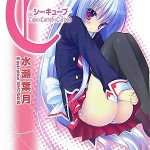 The anime adaptation of Hazuki Minase’s C³ supernatural action comedy light novels begins when a high school student named Haruaki Yachi (Yuuki Kaji) receives a mysterious, super-heavy black cube from his father overseas. That night, Haruaki wakes up to a suspicious noise in the kitchen, and he discovers a fully naked girl. The girl, Fear (Yukari Tamura), happens to be an instrument of torture — the first of several surprises that Haruaki receives. The anime premiered in Japan on October 1. 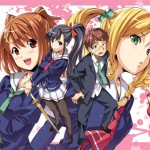