After School Midnight (Hōkago Midnight), the 2007 CG anime short that was well-received in Japan and in international film festivals, is being remade as a theatrical anime film which will open in Japan next year. Hitoshi Takekiyo is the director for both versions at the studio Koo-Ki. In the slapstick comedy story, a human anatomical model comes to life at midnight in a science classroom at an elite elementary school. 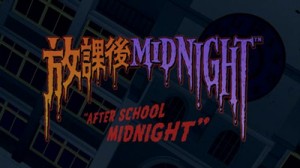 The theater chain owner T-Joy announced at the CineAsia 2011 event in Hong Kong on Friday that the new After School Midnight version will be part of its 2012 lineup. (T-Joy has a cinema complex chain of 17 locations, and it also distributes films.) Yōichi Komori (Umizaru manga collaborator) is writing the new film.

Koo-Ki is streaming a promotional video for After School Midnight on its website. The entire original short is available from the AnimeTunes Vol. 1 app for iPhone and iPad devices.