MTV began streaming a 99-second clip from the Thundercats screening and panel at Comic-Con International. 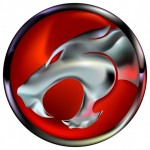 The Thundercats remake is scheduled to air on Cartoon Network on Friday nights starting July 29.Studio 4°C, the anime studio producing Thundercats, worked with Warner Bros. Animation in the past to produce parts of The Animatrix, Batman: Gotham Knight, and Halo Legends.