The new TokyopopManga Twitter account confirmed on Wednesday that it is “hoping that will be able to release new manga very soon.” The account mentioned it is “laying the groundwork for publishing new manga again,” but added that because all of its previous titles had “reverted back to their Japanese publishers” that the company would “have to work to get them back.” The Twitter account also stated the company’s “ultimate goal is to start publishing manga again.” 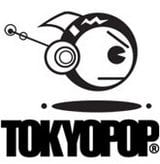 The Twitter account noted it is “planning on starting with an old license.” The account also stated it plans to release manga in both print and digital form. In an open letter from Tokyopop founder Stu Levy that was posted on GeekChicDaily on Tuesday, Levy wrote, “I know that you’re all eager to have the same access to your favorite manga titles that we could previously provide and I promise that I am continuing to explore any and all opportunities to relaunch the manga publishing operations of TOKYOPOP’s business.”