The official website of the K-ON! anime franchise began streaming the full trailer for the upcoming film on Monday. The trailer originally debuted in Japanese theaters on Saturday. The film will open in over 130 theaters in Japan on December 3. 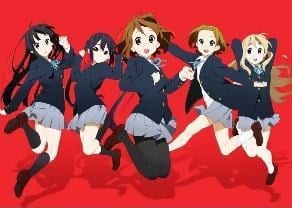 You can watch the trailer here.

The website also confirmed that three news songs — the opening theme song “Ichiban Ippai,” the theme song “Unmei wa Endless!,” and the ending theme song “Singing” — will be in the film. The trailer includes the opening theme song and the Intrumental theme track.The movie will depict a story not told in the television series, even though it will follow the five female members of Sakuragaoka High School’s light music club while they are still attending high school. The original television voice cast will reprise their respective roles in the movie, as will most of the main staff.