The North American anime distributor Funimation announced on Wednesday that the 2011 Waterloo Festival of Animated Cinema will screen the Fullmetal Alchemist: The Sacred Star of Milos anime film. The festival will run from November 17 to November 20 in Kitchener-Waterloo, Canada. 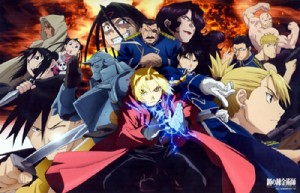 Although it is inspired by Hiromu Arakawa’s original Fullmetal Alchemist manga, the film tells a previously untold story about the persecuted people of Milos and a powerful secret that their land possesses. There have been two alternate television anime retellings, an original video animation project, and an earlier movie before this film.