A television anime adaptation of saxyun’s four-panel comedy manga Yurumates has been green-lit, and the January issue of Takeshobo’s Monthly Manga Club magazine will have more details about the project on December 4. The manga already inspired two video anime projects. 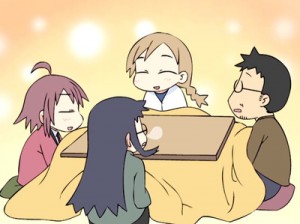 The gag comedy centers on Yurume, an 18-year-old rōnin (a high school graduate who has yet to be accepted into college). Yurume moves to the outskirts of Tokyo to study for the next entrance exams. She ends up living in Maison du Wish, an apartment complex full of aimless “veteran rōnin” who have been out of school for years.